It started in 1999 on Thanksgiving Day in the Eastlake neighborhood of Seattle. 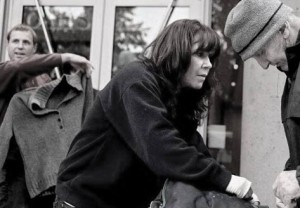 and Michael Grabham were new to Seattle and realized they had made a bit too much food for themselves. Patti had the idea to package up the leftovers and bring them to the two homeless men that lived just by them. This gave Patti and Michael the opportunity to talk with the men and to get to know why they were living on the streets and what things they needed most to survive the streets. Both men immediately said they needed socks so Michael went back to the house and brought them some. That was the first year for Survive the Streets.

This entry has 0 replies